France has been officially recognized as the Poodle’s country of origin, but the Poodle’s earlier ancestors came from central Asia. The German variety has probably influenced the modern breed most (‘Poodle’ is German for ‘splash’ or ‘puddle’). In 18th and 19th century Europe, the Poodle served a wide variety of purposes, including duck hunting, guiding, and later circus performing, from whence the modern grooming style likely arose. The Poodle became a popular pet for the French aristocracy, and in time was officially adopted as the national dog. Poodles were imported to America in the 20th century. They slowly rose in popularity and eventually became the country’s most popular dog. Famous Poodles include author John Steinbeck’s dog Charley, subject of the book ‘Travels with Charley: In Search of America’, and Weird Al’s Poodle Bela, who…uhm… sat on his head for the album cover of ‘Poodle Hat.’

Charts
Behavior
Lifestyle
Coat
Activity
The Standard Poodle is sensitive, intelligent, lively, playful, proud, and elegant. It bonds closely with family and makes a great companion. Standard Poodles are very smart, obedient, and graceful, which makes them one of the most popular pets in the world. The Standard Poodle is bouncy, alert, and usually eager to play. Standard Poodles are a bit calmer and less likely to bark than Miniature Poodle and Toy Poodles.
The Standard Poodle gets along well with other animals, other dogs, and children. It is best to socialize it as a puppy. Standard Poodles will announce the arrival of visitors, but are generally friendly toward them. Standard Poodles are highly adaptable and make good watchdogs. They may find their way into some mischief!
The Standard Poodle has a distinctive fine, frizzy, wooly coat similar in texture to sheep’s wool. Solid white is most common, but the coat may also be solid grey, brown, apricot, or black. There are three distinct grooming styles for show Poodles: puppy clip, continental clip, and English saddle clip. The puppy clip entails shaving the face, throat, feet, and base of the tail. The upper legs and hindquarters are also shaved in the continental clip (currently the most popular), leaving ‘pom poms’ around the ankles. The English saddle clip is similar, but the hindquarters are left mostly unshaved. All show clips require heavy maintenance, thus pet clips commonly entail shorter hair over the entire body. Poodle hair can be formed in a ‘corded’ style, in which the hair is allowed to mat into long, thin rows rather than being brushed out. This is difficult to maintain, and now rare. Standard Poodles do not shed, making them a good match for allergy sufferers, for which reason they are commonly used for crossbreeding.
The Standard Poodle requires substantial amounts of exercise. Standard Poodles require long walks and outdoor activities such as swimming or playing catch. The Standard Poodle is fond of retrieving, as it has origins as a hunting dog. It should do fine with apartment life. 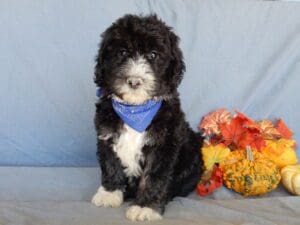 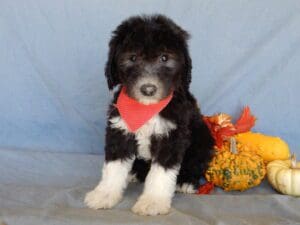 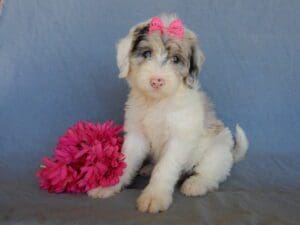 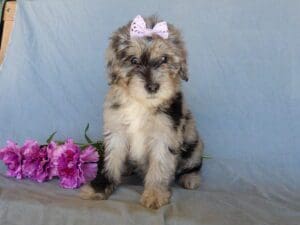 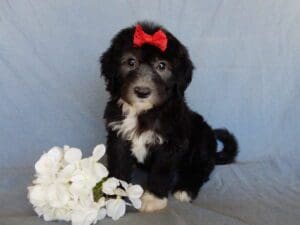 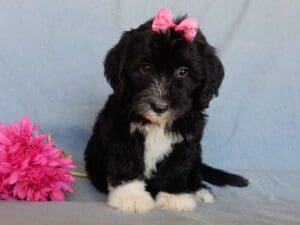 Closed weekends & most major holidays. We will return messages with 24-48 hours.